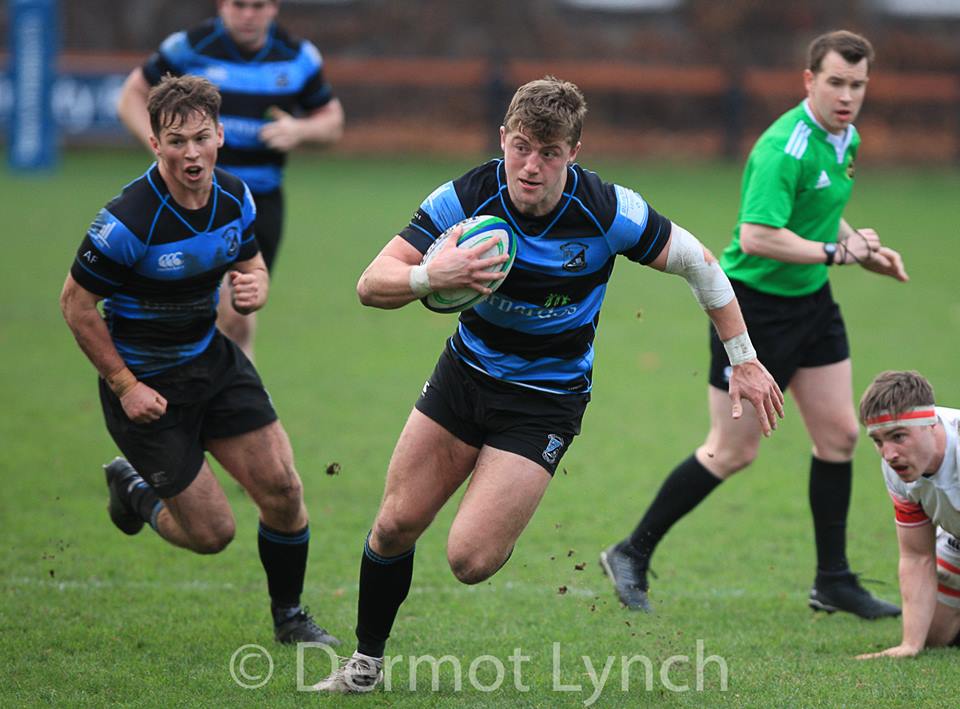 Over the Christmas break Will Leonard announced the exciting news that he has signed with Rugby United New York. In a speedy process, Will found out he was leaving and was on a plane within a week to begin training. I managed to grab Will for a quick interview before he left to pen down his thoughts on leaving, the influence of Shannon Rugby club and what the future holds for him.

Rugby united is the first professional side in New York and is now a member of the Major League Rugby. The league is a national league and so the team will travel around America to locations including San Diego, Utah and Houston. The first games will take place in 2019 and Will Leonard and a few other Irish players will be counted amongst the squad members. The side is based in Manhattan in New York and founded by James Kennedy who approached Will having seen him play for Shannon. Will was intrigued and expressed interest and applied for a playing visa. It was a slow process but finally came good just before Christmas. Anxious to tell Shannon at first Will found that the reaction was very positive and he needn’t have worried “I was apprehensive about telling people, everyone – and I genuinely mean everyone – has been very warm to the news and helpful. Everyone’s been wishing me well and it goes to show what a great club we have.”

Will first began playing with Shannon at u8s, coached by his father Vinny and Harold Brown he counted Kelvin Brown and Stephen Fitzgerald as teammates. He remembers going to matches as a child and seeing his biggest influence Andrew Thompson on the pitch. Back then, Will was an out-half and totally in awe when Andrew came out to training and gave him pointers on his kicking game. His earliest and best Shannon memory is going to Ealing at u12s and winning the tournament outright in what “felt like winning the Heineken Cup at the time”. Since his first session at u8s – Will has stuck with Shannon and has played the whole way up eventually becoming first choice centre for the First team.

It wasn’t an easy progression and with the competition in Shannon Will wasn’t always first choice, he stuck with it though and advises any young players coming through to do the same. “Sticking with it is the big thing. Looking back at my Shannon career – I wasn’t always necessarily around the first’s team but the big thing is keep working and training. It can be tough to keep training on Tuesdays and Thursdays if you aren’t involved but persevere and keep working through it and it will be worth it in the end.” The level of commitment needed from any amateur player is massive and the professional set up in Shannon – largely thanks to Tom Hayes and David O’Donovan will go a way towards sending Will to New York with a professional attitude and a player development that will stand to him. “Tom and Dunny have definitely brought a very direct and professional approach to the whole set up. The two of them have improved each players game – it’s not all about the team, they definitely try to improve your individual game too so I feel that’s definitely something that benefited everyone.”

When asked about the future of the Shannon side, Will had only good things to say for his tight knit team mates, noting that the majority of the team have been playing with Shannon since they have been at underage level. Underage in particular was a part of the club that Will highlighted as flourishing “I’ve been out with the underage a few times over the last couple of years and seeing the numbers that are coming though really shows what a great structure is in place. Long may it continue because if you look at the senior team at the moment – having lads who have come up through the club is what we strive for. Look at the panel last year – more than half of those fellas have come up through underage. It goes to show how important it is. There aren’t many clubs in Ireland that can say the same.” Will is confident that the team will continue to flourish in his absence and reckons that if the squad sticks together and continues to embrace the younger players from the underage they will achieve any goal they set their sights on.

On leaving Shannon Will says that it’s tough to say good bye to team mates he has been playing with his whole life – team mates he had grown up with and who have become best friends but that is part of growing up and it’s time to see what the next chapter holds for him. As far as the club is concerned he will miss the family environment cultured in the club, “While it is a club and everyone wants to win, succeed and do well – there’s always that family aspect too and you can really sense that. There are people – it’s not just the squad or the first team – you have all of the underage, women’s teams and supporters really buying into the philosophy and ethos of Shannon and it’s that family environment that makes us stand apart from other clubs.”  As a parting question I asked Will what Shannon meant to him personally or as a player and his response sums up his relationship with the club as player who has grown up in the club and wholeheartedly embraced it “It means a huge deal to me; I’ve been with this club my whole life, from going to the Shannon matches when I was young. I could see from a very young age what it means to people, for a lot of people it’s their whole life – their life revolves around Shannon. I was the same. As I started to learn and go up the age groups and started playing senior rugby with Shannon I really got a feel for the family environment and saw what it means to people -that definitely rubbed off on me.”

We would like to wish Will all the best with this new adventure; it is fantastic to see his hard work and dedication acknowledged. The season in America runs from January – June and will be televised on CNBC Sports. We look forward to keeping in touch with Will to see how his season unfolds and will keep you posted on any developments as they arise. I must also give a big thanks to Will for taking the time to sit down and do the interview during his last few days in Ireland.