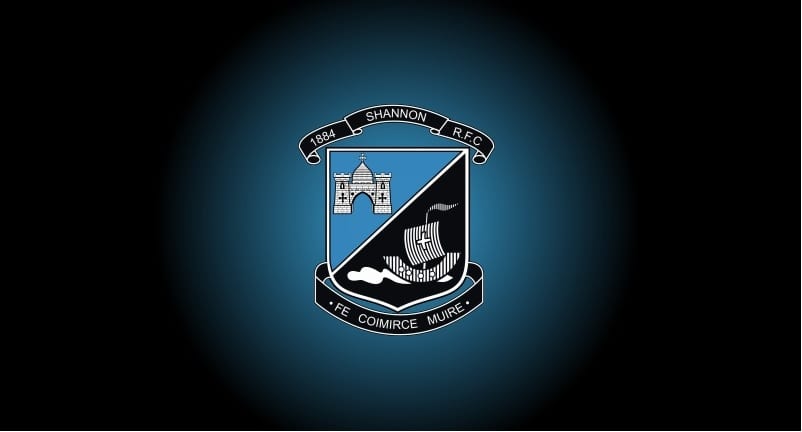 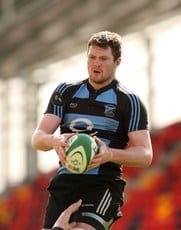 “Listen kid, you can join us if you want. Either way we’re going to win the AIL with or without you” – this was the sentence that sealed the deal for Donnacha Ryan when he was in the process of selecting a club while moving from Cork to Limerick after college in 2005. Starting rugby in Nenagh Ormond at underage level, and with a Schools Senior cup medal under his belt; Donnacha had been in talks with other clubs in the city, who had all been very complimentary and persuasive. However, it was Pat O’Connor who met with him on Shannon’s behalf and left a lasting impression. In a meeting that Donnacha says he will never forget; Pat arrived twenty minutes late – fresh from work in his butchers and after a great chat, delivered the line that impressed Donnacha enough to sign there and then. “It was a great attitude to have and I joined Shannon immediately.” True to Pat’s word not even a year later, Donnacha was in possession of an All-Ireland League Medal. Speaking about his memories from his first season, he reminisces of the brilliant players that lined out for the club that year. “It was fantastic up in Lansdowne Road, we had a fantastic team. Sean Cronin, Alan Quinlan, Jerry Flannery was playing, and Dave Delaney.”

When asked how long he played for Shannon, Donnacha corrects me; he still plays for Shannon. He has been a player in the club for ten or eleven years now and when we talk about the club and its impact on Donnacha, it is clear to see the high regard he still holds Shannon in. Donnacha has felt at ease in the club from the day he arrived, stating “It was great, a very welcoming and family orientated club. I just felt at home straight away and I couldn’t recommend it highly enough.” He admired the ethos and traditions Shannon held and, as he puts it; “that tight unit, that parish mentality that people have. Everyone knows everyone in the club and they are very welcoming to each other.” We conducted the interview in Thomond Park just after Shannon launched our new UBL Barnardos jersey and spirits were high. Donnacha arrived for the occasion with past and present players and was amongst the first to grab a Shannon jacket and throw it on to be sure he was wearing the club crest in any photos. Donnacha understands and buys into our traditions and believes that this is what sets Shannon apart from any other club. “There is a massive tradition of history here. Having that tradition and history was always worth ten points before we even went out on the pitch. Once I joined Shannon, it was compulsory to head out after every match and it built a massive bond between the players and the older generations who played for Shannon.”

Donnacha took the ethos and traditions of Shannon with him when he was called up to Munster, he agreed that his experiences with Shannon helped him to transition and step up from amateur to professional. He was lucky enough to be able to count ten of his Shannon peers in the dressing room when he was first called up, and so he went into an unfamiliar territory with a sense of ease that at least he knew some of the lad’s names. “It was an easy transition. It was great to have had trained with these guys with Shannon and realise that the gap wasn’t as big as I thought it would have been.” Donnacha’s ability and talents on the pitch are obvious for all to see. We all know that such is Donnacha’s aptitude for rugby, he would have made it professionally no matter who he played with; but our conversation brought us onto the topic of how he felt Shannon helped him as a stepping stone along his way. “Shannon was pivotal to my career. It exposed me to high quality players. The people behind the club were driving high standards; the committee constantly wanted Shannon to be successful. Shannon was considered a fifth province for so long. For me, just to be involved in that environment allowed me to raise my standards higher at the time. That was a fantastic learning curve for me and gave me the habits that I have today.”

As we conduct the interview he is half keeping an eye on a Munster underage team that are training on the back pitch. You get the impression that Donnacha has a keen interest in the upcoming players and the development of the game in both clubs and the province. We touch on this when I question him about how rugby has changed since he broke onto the scene. He still appreciates the value clubs have in modern rugby and how they prepare lads to move onto the professional scene as he did. The professional game has moved along at a rapid pace in the last ten years but Donnacha strives to remind me that the ethos hasn’t changed too much. Clubs are still as necessary now as they were then. “I think the bedrock of Irish rugby is the club game because that’s where everyone must start. Basically, having those core values is so important. I think that having a huge connection with lads who are amateur does ground you. Also it gives the guys who are trying to become professionals something to aspire to; realising that they are not too far away from the professionals themselves.” He has always aspired to play professional rugby. He doesn’t have any specific memory when I ask him what his biggest accomplishment in his sport is, only that he has always wanted to play professionally. “It’s something I always aspired to – to be able to play every day of the week as a job. Also, the opportunity to play at a high level for Ireland was fantastic as well.”

Week in and out we see the focus and mental determination Donnacha possesses on the pitch. We have seen this on display during any national anthem or the day he stood shoulder to shoulder with his Munster comrades as they stood behind three of their teammates who threw down the challenge and put up a haka to their old country. I was keen to see what he would say the best advice he was ever given or at least what advice sticks with him, he laughs at first and says “Never turn down a free dinner!!” After another laugh and an explanation that he was always trying to put on weight, Donnacha ponders and says “obstacles are what you see when you take your eyes off your goals”. He was told this at a young age, took it on board and into adulthood with him. He gets almost philosophical and states that “If you want to become a professional player and win things at the highest level you have to be focused. There are a lot of things that happen along the way – with every course of life that can distract you; but if you want to get to where you want to be you’ve got to focus. Fortunately for me with Shannon, the club was able to give me the framework to allow me to reach my potential.”

As usual with these interviews we finish on the same question; what does Shannon mean to you personally or as a player? I’ll give a direct quote from the man himself on this one “Shannon is where it all began for me. It is basically – as you can see here today – every time you walk into the clubhouse you always see a familiar face. It’s a very welcoming family, whether you are here every day of the week or you are here every couple of months, you can still pick up where you left off. Having that tradition and that welcoming family feel is basically what rugby is all about and what Shannon is all about.”