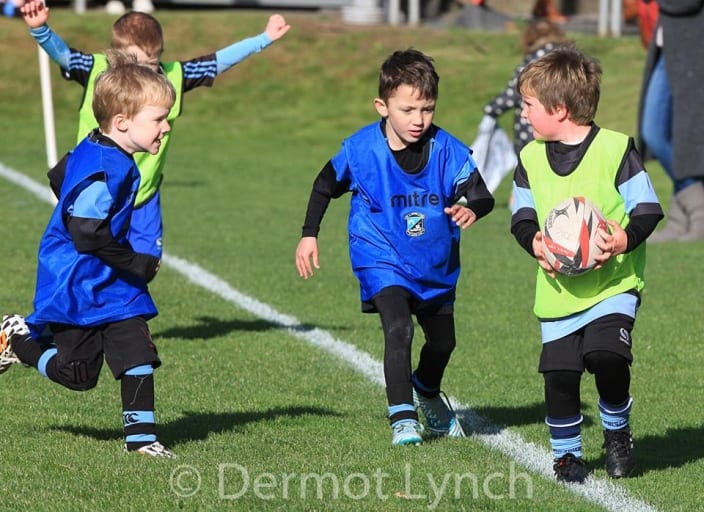 On Sunday mornings from September to April, Coonagh is a hive of activity with hundreds of players aged from 5 years to 18 years old.

We pride ourselves in our underage and are proud of the players when they tog out in the Black and Blue of Shannon RFC. Most start at 5 or 6 years of age and are introduced to the fun aspects of rugby by holding a ball and running, playing and making friends.

The first day of training in September parents and coaches are the patient ones, as it can take a while for their little ones to get into it but once they do there’s no going back. It’s organised fun and chaos all in one with plenty of smiles on their faces.

Their first organised matches are at u9 and that’s when they get to play Blitz against their rivals across North Munster. From then to u12 all players are minis where they learn the basic skills of passing, catching, kicking and tackling also we teach them the values of playing Rugby Union i.e. respect for referees, opposition and coaches and fellow players. 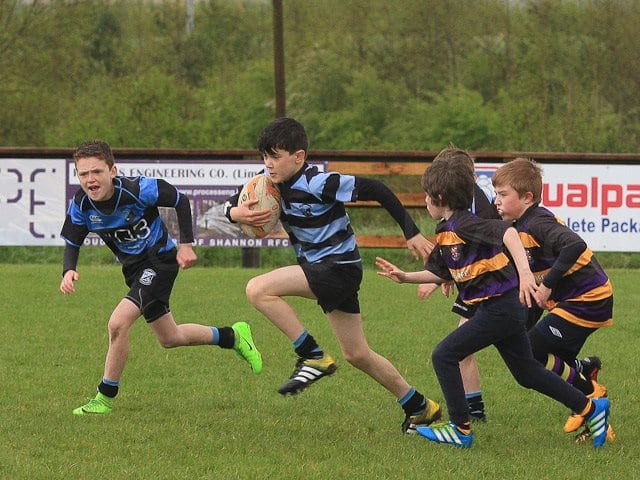 Once through the minis our underage progress to youths where they get to play the full pitch at 15 a side.

Playing 15 a side takes quite a bit of getting used to, as young people develop at different stages and one cannot pigeon hole a player until they are about 15/16 years of age. We have all seen the player who has grown a foot taller between when you last saw them in April and September.

It’s important that all players’ part of any panel get to play and our policy is just that. We also instil the Shannon RFC ethos of fair play and respect before they go onto bigger things in Rugby and in life.

Take any look at any underage Munster squad and you will see plenty of Shannon Players. None of this would happen if it wasn’t for the dedication of our coaches, volunteers for registration and the two shops who give up their time to help out on Sunday mornings.

All of our coaches have the necessary coaching badges and are garda vetted.

Underage at Shannon RFC is in a healthy state with 350 members, both boys and girls. We will continue to bring young children up through the ranks – playing the sport we all love. 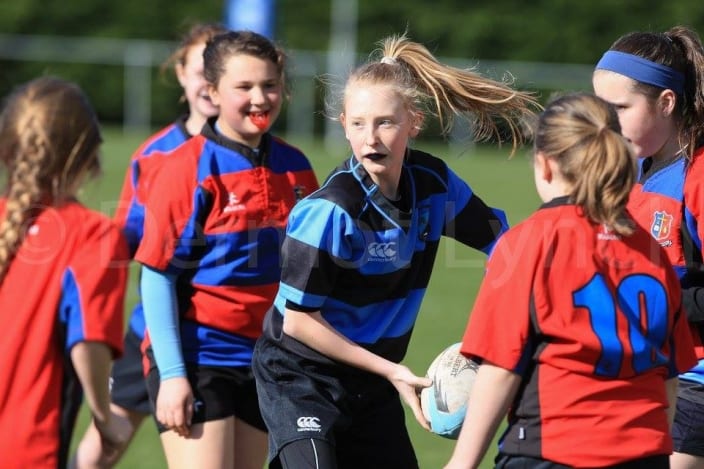 The underage girls have a strong training panel with u14s, u16s & u18s teams who compete regularly. None of this would be possible without the hard work and dedication shown by the coaching and management personnel of the underage girls section.

Our coaches have been coaching underage girls rugby in Shannon for a number of years now and have been the driving force behind the growth of the underage girls section, most nights there are up to 60 girls training in Coonagh. Ger Lawlor, Rosemary Brown, Enfys Davies, Tracy Lawlor, John Campbell, Mary Mafigan and Shari Maher Daly are an integral part of the successes seen at Shannon Girls Rugby.

We also field an u12s Girls Tag Rugby Team who train in Coonagh on a Sunday morning. This is a great way for girls to develop the basic rugby skills before they begin full contact rugby with our u14s.

Current Irish internationals Aoife Doyle and Nicole Cronin came up through the Shannon Girls underage section and have excelled on the world stage, with Aoife winning a six nations medal.